You are here: Home › Audubon Magazine Recommends CatBib To Save Birds Lives
Posted on February 7, 2015

CatBib was proudly featured in the Audubon Magazine, citing research done proving the effectiveness of CatBib and how its used to protect birds and other small animals. 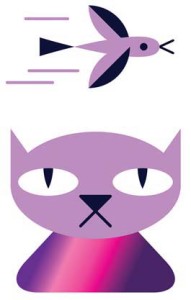 “Wearing a bib may prevent a messy meal for humans, but for cats it may also foil the meal altogether—which would be good for the estimated millions of birds and other small animals killed each year by domestic cats.
A recent study published in the journal Biological Conservation found that fastening bibs to kitty collars can reduce the number of birds they kill by up to 72 percent. Researchers suspect that like a warning flag, the brightly colored neoprene bibs alert potential prey to the presence of an otherwise stealthy cat.”

CatBib Is A New Tool Against Inter-cat Aggression
CatBib Helps Save Lizards Too!